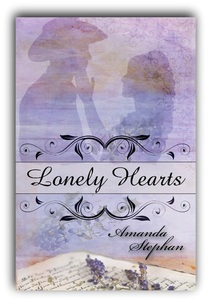 When widow Becky Callis moves to a new town, her intent was to start over in a place where she's not reminded of her dead husband. Her kids however, take it as a chance to help their mother start over romantically. The only problem is, there seems to be quite a few eligible bachelors they can choose from! They soon realize it's easier to find someone to like their mother than it is to figure out which man is best for her.

Even though this handsome cowboy is younger than Becky, Scott makes his interest plain and starts courting her almost immediately to the delight of both kids.

Jack and Becky have been friends since childhood. When they're reunited years after their lives have taken very different paths, this lonely preacher begins to wonder if God has brought her back into his life for a reason.

Pearce Morgan is a single parent raising his young daughter after his wife deserts them soon after Emily's birth. Divorced and disillusioned, an unlikely friendship arises between him and Becky when his shy daughter decides she loves Becky and her kids.

Try before you buy!